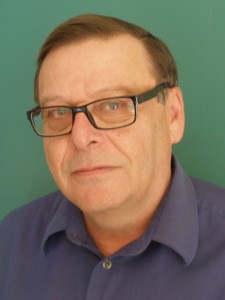 Daddy Lenin and Other Stories

Celebrated as one of Canada's best storytellers, multi-award-winning author Guy Vanderhaeghe follows his bestselling epic frontier trilogy with a virtuoso collection of stories that brilliantly holds a mirror up to our contemporary lives. Set in western Canada, in both urban and rural locations, these nine stories are both timely and timeless and showcase Vanderhaeghe's supreme talent as a storyteller and poignant observer of the human condition. His wit and insights are razor sharp. When a teenage boy breaks out of the strict confines of his family, his bid for independence leads him in over his head. He learns about life in short order and there is no turning back. An actor's penchant for hiding behind a role, on and off stage, is tested to the limits and his discovery finally places him face to face with the truth. With his mother hospitalized for a nervous condition and his father away on long work stints, a boy is sent to another family for his meals. His gradually building relationship with a teenage daughter who has been left handicapped from Polio opens unexpected doors to the world. In the powerful title story, a middle-aged man remeets his former adviser at university, a charismatic and domineering left-wing professor they dub Daddy Lenin. As their tense reunion progresses, secrets from the past painfully revise remembered events and threaten to topple the scaffolding of a marriage.

Guy Vanderhaeghe was born in Esterhazy, Saskatchewan, in 1951. His previous fiction includes A Good Man, The Last Crossing, The Englishman’s Boy, Things as They Are (stories), Homesick, My Present Age, Man Descending (stories). Among the many awards he has received are the Governor General’s Awards (twice); and, for his body of work, The Pierre Elliot Trudeau Fellowship, the Writers’ Trust Timothy Findley Award, and the Harbourfront Literary Prize. He has received many honours including the Order of Canada. Guy Vanderhaeghe lives in Saskatoon.